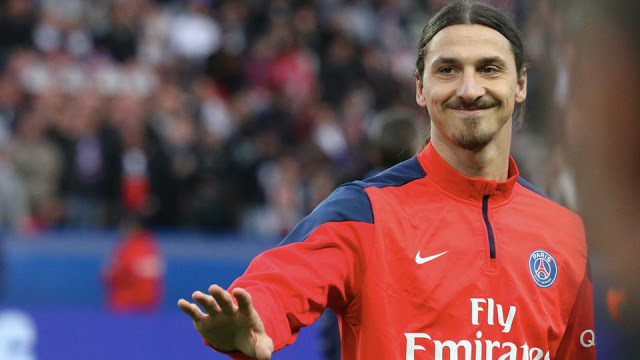 With the return leg about to take place one can argue that the tie is narrowly in favour of PSG.  The men from France dominated the first leg and should have done better to increase the scoreline simply based on the sheer number of chances created; however it cannot be ignored that Courtois, when called upon, was majestic at times. Hiddink, however, can take solace from the fact that his team managed to keep the scoreline down and get a crucial away goal courtesy of John Obi Mikel.   What is a sign of encouragement for Hiddink would definitely be a concern for Blanc. It was painfully obvious, and also worrying, the manner in which the goal was conceded. Brazilian duo David Luiz and Thiago Silva are far from the best defensive duo in Europe and Blanc would definitely want to have his centre back pairing to be very focused at Stamford Bridge.

From a tactical standpoint PSG has a very formidable attack; the likes of Zlatan Ibrahimovic, Cavani, Lucas and Di Maria are more than capable of unlocking any defence.  In addition to their offensive capabilities PSG, on paper at least, has a balanced team. Thiago Motta’s passing ability and Veratti’s dynamism in midfield are two of the essential elements in maintaining the balance in such a tight fixture as well as being able to link up and unleash the attackers.  With Chelsea clearly having some injuries at the back it is definitely going to be a tough task to try to contain these players. John Terry’s hamstring injury makes the task even more daunting as the Chelsea stalwart’s experience in such games will be very much needed. However, Blanc will be hoping that everyone is firing on all cylinders especially considering the venerable duo of Veratti and Matuidi combined with the recent return of Angel Di Maria.

The data for PSG in away fixtures does not bode well.  According to OPTA, PSG has failed to score in five of their six away games against English Clubs in European competitions, with last season’s second leg at Stamford Bridge standing as the only exception.

Hiddink has proven himself over the years to be very open to various tactical solutions and this fixture will really test his acumen.

Chelsea is a team that has the characteristics that can hurt PSG – particularly Willian and Diego Costa. Willian has been a bright spot in Chelsea’s nightmare season and one of the catalysts for their apparent recovery in the domestic league. His ability to attack with pace and also be a legitimate goal scoring threat will definitely be something that can hurt a PSG defence which is far from impregnable.  Diego Costa (love him or hate him) knows how to get physical if required and it is not a far-fetched notion, based on his style of play, to see him causing problems for David Luiz and Thiago Silva.  Pedro has been rumoured to return which will definitely give Chelsea attacking options.

In the last match up PSG played a 4-3-3 formation with Ibrahimovic being flanked by Di Maria and Lucas; Matuidi, Veratti and Motta across the middle and a back four of Maxwell, Luiz, Thiago Silva and Marquinhos. However, with Veratti and Matiudi both coming back from injuries it is debatable if Pastore may start instead, or if Blanc will stick with the same team he used in the first leg.  Hiddink deployed the 4-2-3-1 formation with Mikel and Fabregas as the double pivot which was overpowered in the first leg but the tactical setup did reward them with a crucial away go

It can safely be said that this tie is on a knife’s edge simply because of the away goal for Chelsea. Chelsea will have to be very careful and attempt to get the equalizing goal but also do not make themselves vulnerable at the back as a result. This plays directly into the hands of a PSG that is certainly more than capable of scoring at Stamford Bridge. Blanc and his men will always have to be very intelligent in their approach and avoid the sloppy defending which put them in this precarious position in the first place.  PSG has a very slight advantage but based on recent form it maybe just enough to see the team from Paris progress to the next round.