CAN ENGLAND GO ALL THE WAY? A CLOSER LOOK AT GARETH SOUTHGATE’S ENGLAND! 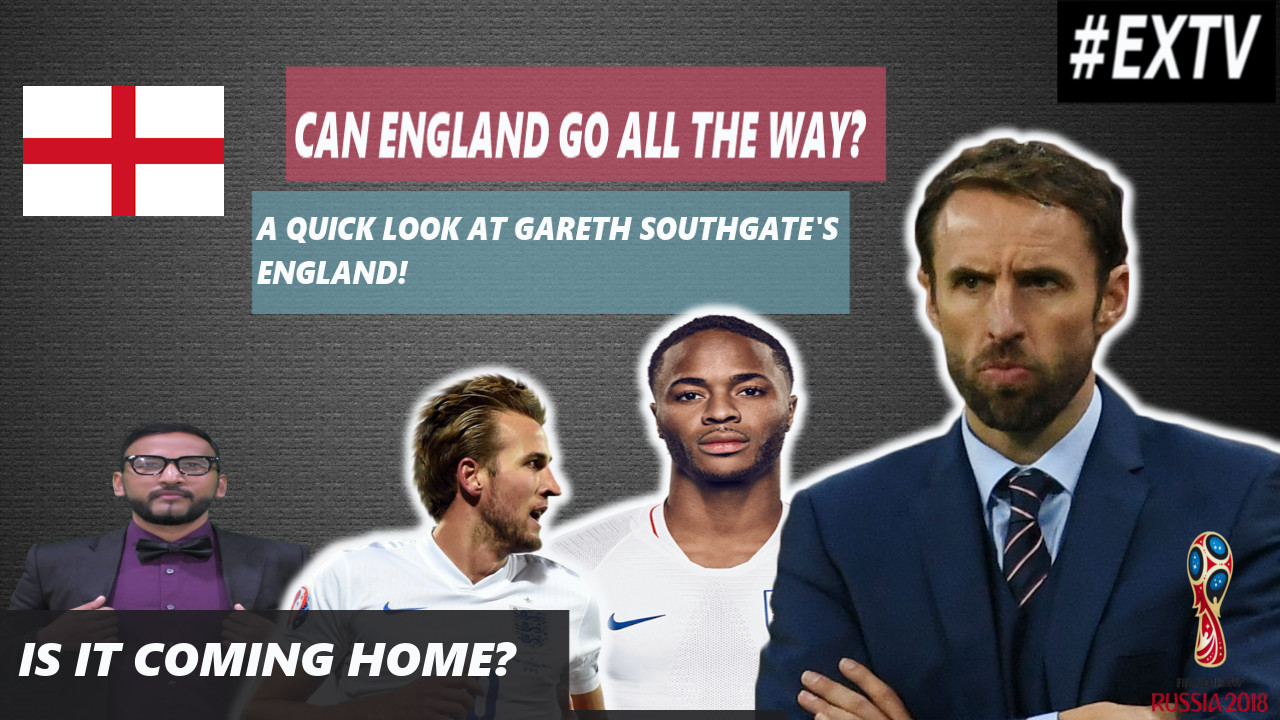 CAN ENGLAND GO ALL THE WAY? A CLOSER LOOK AT GARETH SOUTHGATE’S ENGLAND!

So we are into the last eight, Gareth Southgate and his men have managed to break the penalty “hex” that has haunted the Three Lions for many years! Fans of England, however, are ecstatic and are starting to believe again. The familiar phrases such as “It’s coming home!” does not seem too far-fetched, the draw seems to favour them and English fans and media who are known for getting excited at the most minute details may just have something to be positive about.  Personally and I am sure many agree England have been absolutely woeful in international tournaments and reached some serious low points when they missed out on tournaments all together but there is more to this team than meets the eye!

THE EVOLUTION OF THE ENGLISH GAME IS FINALLY HERE!

For those who are not brainwashed by the very successful marketing campaigns of the English Premier League, it is safe to say that the arrogance displayed by this nation has often been their own Achilles heel.  England and English media have stubbornly been condescending to other leagues and nations yet have done nothing of significance to really show that they have any grounds to take such a stance.  The last time England played really exciting football for me was back in 1998, Glen Hoddle’s team was definitely a breath of fresh air but eventually, a youthful Argentina, the David Beckham red card and once again a failed shootout sent them home.  After this England have limped using tactics that they frown upon in international tournaments, its hard to erase the memories of the ugly defensive football of 2002 where they managed to make it out the group of death which included Argentina, Sweden and Nigeria, the country celebrated this as if they had won the World Cup. The “Golden Generation” fell flat in Euro 2004, World Cup 2006 and eventually fizzled out by the time 2010 came around. England stubbornly relied only on physical traits but never developed their overall game.  Gareth Southgate is not my favourite coach but he does deserve some credit for some innovation when “better” coaches have always gone with the safe option.  Southgate may very well have to send a thank you letter to coaches like Klopp, Pochettino and in particular Pep Guardiola. The system being used by Southgate is not unfamiliar to most fans but it is definitely not a system you would associate with England. The apparently very misunderstood 3-5-2 formation!

The first reaction by people is usually, “Three at the back is insane?” but it is definitely a system that works perfectly with the types of players that England uses at the moment.   I am not going to give a tactical lesson here but this formation was utilized by Argentina leading up to the 2014 World Cup to great success.  A formation that utilizes three centre-backs, flanked by two wingers who can be either defensive or offensive as the game situation demands.  Southgate has picked a squad with players who have played this system and even though some may argue they have not really been properly challenged yet, it seems to be working out. With Ashley Young and Trippier on both flanks you have sufficient pace and competence to attack and defend,  Also using Kyle Walker as a third centre-back on the right side of a back three also makes perfect sense. Personally, I am not a huge fan of Kyle Walker, I think his speed and strength hides many of his technical deficiencies but he is put in there primarily because he can slot out and switch from a centre back to a wing back because this formation can leave the defenders in one on one situations. A traditional centre back can work but the attributes of Kyle Walker definitely works for this type of system.  The midfield of Henderson, Lindgard and Alli make sense.  Credit must be given to Southgate, this system, if the wrong players are used, can be completely self-destructive but to his credit, I can really find no fault with the choice of players and where they are positioned.   In attack Harry Kane is getting the business done and has his eyes on the Golden boot, Sterling has not really shown his Manchester City form but his ability to take on opponents, drift wide and offer a goal scoring threat is key for this England team.

So putting expectations in check, England has a favourable bracket and have in the past been susceptible to arrogance but I think the bracket is set up for England for a chance to get at least to the finals and it is really down to them. The psychological burden that plagued this team to win is not on this team, they do not have the baggage of expectation and it works in their favour.   England will be facing a Sweden that is a different challenge altogether and will have to be able to create more opportunities to be able to break them down. England has not had a great record against Sweden, but if it’s one thing that this World Cup has shown that records mean absolutely nothing this time around. Is this English team perfect? absolutely not! but they have the ingredients to get to the final and even if they don’t Gareth Southgate deserves a lot of credit for what he has done and if the English FA have any sense they need to continue on this path. Having coaches like Pep Guardiola, Pochettino, Klopp etc in the Premier League have done wonders for evolving the game for English players, look at Kyle Walker and Sterling as good examples of this. I do not think England can win this World Cup but it will be the first time where I will not be annoyed with the sometimes delusional English media about being positive about this World Cup campaign. I personally believe against a team like Brazil with better attackers this team can be found out and like all systems, they all have their weaknesses. The counterattack has now been made cool again and when you play this system as stated before, the back three will most definitely be put in many one vs one situation and against top quality dribblers the vulnerabilities of players like Kyle Walker can be shown up. England fans will feel as if fortune is smiling in their favour this time around and its really down to them to capitalize on it!