“I did everything I could.” – Lionel Messi’s emotional goodbye raises the question what now for Barcelona? 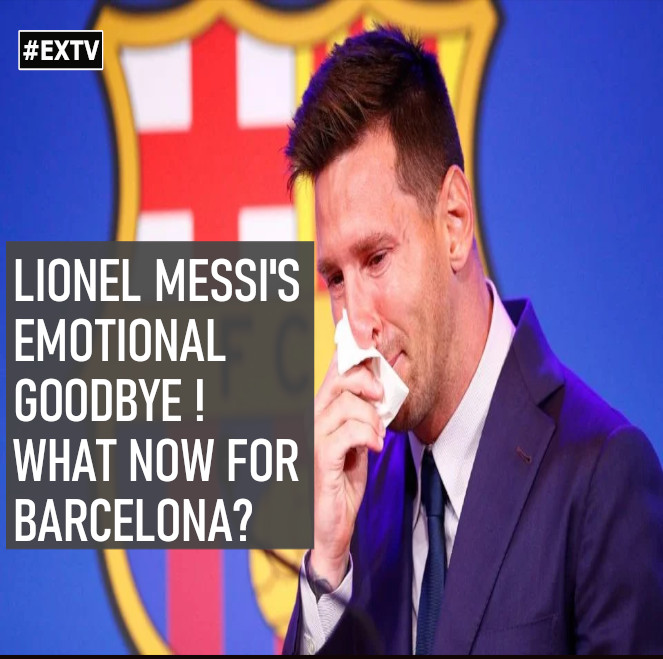 In what is surely a day that many Barcelona fans dreaded, came to pass today. It is difficult to speak about Messi and Barcelona as being two separate things but now this is a reality that the fans of the club will have to face. This scenario seemed quite unfathomable but the tears on Lionel Messi’s face when he gave the words that broke the hearts of many was too much to bear as the man himself broke into tears as well as many in attendance. After being at the club for 21 years and attaining such glory the club now has to face the painful question of life after Messi. To say the fans were heartbroken would be a massive injustice to the emotional scale of this event.

Many fans held hope that eventually, it would work out in the end but this scenario shows that even the biggest clubs in the world are not immune to mismanagement by those who run a club. Even though it was well documented the problems that Barcelona was facing there was still a glimmer of hope that Leo Messi would still be donning the colours of the Catalan giants this season.

Messi stated in the press conference that “This is really difficult for me after so many years, being here my entire life. I’m not ready for this.” This was something all fans of the Argentine that brought them so much joy did not want to hear. Many cynics attempt to devalue Messi’s love or the team would only be attempting an exercise in futility as the emotion was clear to see. This is a player who did everything in his power to stay even after he was disrespected by the former president of the club Josep Maria Bartomeu and eventually had enough last season. Messi further stated that “I offered to reduce my salary by 50 percent and Barca did not ask for anything else. I did everything I could.”

So even though it is not official it seems that it is only a matter of time that Messi will make the move to PSG official. So for those who are asking “If Messi, loves the club so much why didn’t he play for free?” it simply is not possible. Colin Millar pointed out, Spanish law makes such an idea legally impossible. Any new contract is required to be a minimum of 50% of the previous wage, a mechanism in place to avoid financial manipulation. So it is not as simple as people are making it out to be, the strict financial rules of La Liga and the inability to get rid of certain players to balance the books basically made it impossible in the end.

The day that many fans knew would eventually come, came in a way that was far from ideal and it seems cruel that due to financial mismanagement this club loses its best player ever. However, what this shows is that no club is exempt from the consequences of not being run properly in today’s market. So with the club still in great financial debt the new era for Barcelona looks grim and that not just Barcelona fans are asking at the moment is, “What’s next for Barcelona?”