The Timer is Ticking, “Insert points, save AC Milan” 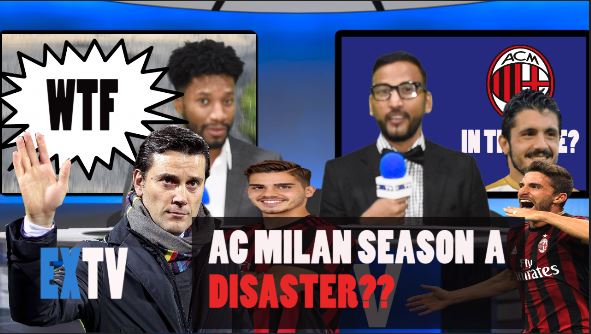 Despite the unorthodox and downright mysterious nature of the takeover it was brought with widespread excitement and enthusiasm by Milan fans and lovers of Calcio. The general rhetoric was that finally a wealthy owner would swoop in and rescue the Rossoneri after the club racked up debts amassing €187 million Euro and selling a plethora of its prized stars.

Further dissection of the takeover revealed numerous red flags, notwithstanding the tardy incremental down payments made to secure the club it was revealed that Younghong Li borrowed €300 million Euro from US private equity fund Elliot Management to complete the purchase. Enshrined in this loan is the obligation to repay an 11.5% interest rate on capital before October 2018. This has placed a ticking time bomb in the minds of all persons associated with the fabled Milanese outfit, from major executives to the kit staff and of course the fans.

The conundrum is exacerbated by the vulture like nature of Elliot Management who is renowned for harvesting large financial sums from entities after having “Saved” them. This vulture-like tendency came to the fore when the government of Argentina was recently required to pay $2.4 billion USD to Elliot Management after having initially borrowed a sum of $612 million USD, this led to the Elliot Management Hedge Fund making a 392% profit.

To those in the football fraternity the takeover and the mechanisms behind it seemed quite a bit risky, but it is often said that without risk there can be no reward. This was the ideology of Silvio Berlusconi and executives at Milan. In theory the ideology would have been further fortified by the UEFA decision to scrap the dreaded coefficient ranking system in favor of the Spanish, Italian, German and English leagues receiving 4 automatic places in the 2018-2019 UEFA Champions’ League Group Phase. This meant that all Milan needed to do was finish forth in Serie A this season and Champions League football would be a reality, this and all the monetary gains that accompany qualification. Monetary gains that would pay off Elliot Management and secure the financial future of the 18 time Serie A winners.

With a cash injection of €210 million Euro to fund transfers and a suave and astute manager in the form of Vincenzo Montella at the helm few would have betted against AC Milan finishing outside the top 4. That said, nothing in life is ever that straight forward and in practice Milan’s first half of the season has been nothing short of an unmitigated disaster. Leonardo Bonucci aside, the purchase of numerous perpetually injured average players over the summer led to a lack of chemistry on the field. In actuality it stifled the prospective continuity that Montella would aim to foster on the backdrop of a categorically impressive 2016-2017 season where the team finished 6th. With the club languishing in lower mid table at the end of November the plug was pulled and Montella paid the ultimate price by losing his job. This came as a shock to few as the pressure would be unimaginable for any coach, far less for a young budding tactician in the mould of Montella.

At the midway juncture of the season the Rossoneri sit in 11th place leveled on points with Bologna and closer to the relegation zone than top 4, in fact they are a whopping 14 points off of 4th place team Roma. With the team in dire need of points up stepped Gennaro Gattuso from the primavera to save the day, the “Snarl” as he is often called has been entrusted with the reigns and task of getting the points required to save Milan. Despite the stage being set Gattuso’s reign got off to an extremely demoralizing start, relinquishing the lead and drawing to lowly Benevento on his first game in charge and losing 3-0 to Hellas Verona. Such the histrionic nature of the result it gave Benevento their first point of the season and led Guttuso to utter the words, “It would have been better to be stabbed.”

In reality the nature of Milan’s predicament has made the task of getting them out of trouble unenviable for anyone. Appointment of someone along the lines of a Fabio Capello or Carlo Ancelloti may be the only way to get the best of this this current disjointed crop of Milan players. Even if they put a miraculous run together it’ll be incredibly difficult to achieve 4th spot and topple the existent pack with the likes of Roma, Lazio and Spaletti’s Inter all showing the quality, hunger and desire needed to be in the top 4. If results continue along the same trajectory in 2018 the time bomb would be detonated and the already hovering vultures would swoop in and devour what’s left of AC Milan.

At the current rate the Milan Tifosi would need to alter their existent banner of, “Insert coin & #saveACMilan” to that of “Insert points & #saveACMilan.”