Why the Concacaf Nations League is so important for Trinidad & Tobago! 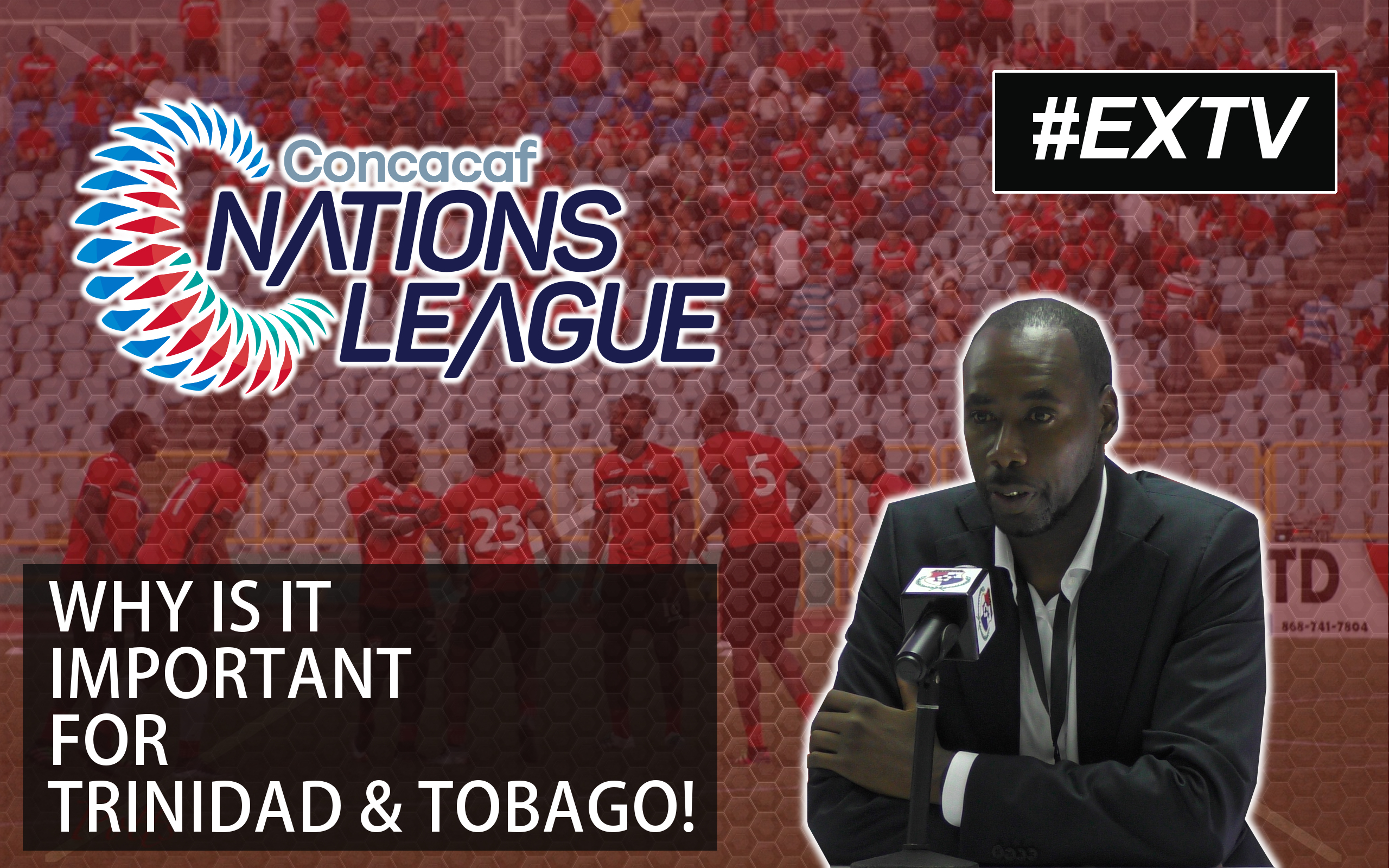 Why the Concacaf Nations League is so important for Trinidad &Tobago!

The Trinidad & Tobago men’s national team for those who follow them will know that the football is not in its best state, to put it mildly. After the euphoria of 2006 and the apparently positive change when Stephen Hart took the team to the Caribbean football finals and had very commendable showings at 2 gold cups it seems the football has regressed at all levels. It seems negativity and corruption cannot escape the football at the moment, leaving many fans with a sense of disenchantment, cynicism and downright disgust for the international game at the moment. Empty stadiums, financial troubles and just general lack of interest epitomizes the current state of things and has 2006 seem like a distant memory.  Even our greatest accomplishment has undertones of corruption.  To put it mildly the defeating of the United States men’s national team denying them qualification for the World Cup in Russia while very satisfying on the surface it just served to paper over the cracks and give a temporary distraction for what was an abysmal campaign and much bigger problems to come.  Trinidad and Tobago just defeated UAE 2-0 in a friendly which was riddled with the usual issues but this is what seems to be the norm, however, this article is not about that.  Many others have covered that in great detail, in what is a very bleak moment for Trinidad & Tobago their actually maybe a ray of sunshine from strictly a sporting perspective and its the launching of the Concacaf Nations League.  Trinidad & Tobago have already qualified because of its qualification to Hexagonal Round of the FIFA World Cup Qualifiers Russia 2018, Trinidad and Tobago, along with Costa Rica, Honduras, Mexico, Panama, and the United States.

We have discussed a bit about this tournament in a previous post called the CONCACAF NATIONS CUP WHAT IS IT? but here’s what you need to know about this international competition.

What is the Concacaf Nations League?

Who will Trinidad & Tobago play?

The tournament has three leagues A.B and C. The teams that qualified for the Hexagonal ground in the last World Cup qualifiers will get an automatic place in League A in the first edition of the tournament. League A will consist of 4 groups containing three teams each which in total will be 12 teams.  Trinidad & Tobago will join Costa Rica, Honduras, Mexico, Panama and the United States in League A, and the other six sides will be decided by the qualifying process. The four who win their group will play each other in March 2020 to determine the inaugural champion. Those who finish bottom of each group of three will be relegated to League B.  So Trinidad & Tobago will be right in the middle of all this and has a chance to get to the finals.

Why is the Nations League important?

The Nations League will also hope to strengthen the Concacaf region by ensuring teams have a chance to play regular competitive games, instead of meaningless friendlies – a lot of smaller Caribbean nations only play one or two matches a year.

“When the ball rolls in September [of 2018], it will mark a new era of international football for our member associations, conceived in line with our one CONCACAF vision, during which all our countries have the chance to weigh themselves against the confederation’s best, while widely developing national team football on and off the field.”

How does the Concacaf Nations League benefit Trinidad & Tobago?

Aside from the reasons stated above, the Nations League gives Trinidad & Tobago the opportunity to play highly competitive games and will definitely bode well in terms of preparation for World Cup tournaments. One of the issues that plague Trinidad & Tobago and smaller nations are the quality of friendlies and lack of international games that the traditional larger footballing nations can afford.  The tournament makes the preparation for major International tournaments such as the Gold Cup and the 2022  Fifa World Cup qualifiers a much-welcomed gift for coaches and football associations who do not have the financial power and organization to orchestrate such events with regularity.

Dennis Lawrence and his men will now not have the burden of having to salvage for sub-par friendlies but have a competition ready-made for his Soca Warriors to work with as a reference point. With the playing field evening out so to speak, it seems that Trinidad & Tobago who once was seen as one of the strongest teams in the region will see this as an opportunity to build.  The ability to generate interest and potential revenue generation is also an aspect that can help an association that is riddled with financial inconsistencies.  The revenue from advertising, sponsorships, tourism etc is a very exciting prospect if executed properly. Unfortunately, history has shown that this aspect is an area that has been found wanting by multiple administrations.  This problem was discussed in one of our previous posts titled 6 REASONS WHY NO ONE SEEMS TO CARE ABOUT FOOTBALL IN TRINIDAD and TOBAGO. If in fact the aim is to improve football throughout the confederation and CONCACAF comes good on what they have promised maybe it can serve as a catalyst to repair the damaged relationship with Trinidad & Tobago and its fans. It is not responsible to say that people’s happiness should depend on the game but the correlation between the two is undeniable and in a world that is looking for answers sometimes sport when untouched by corruption and scandals can do just that.  UEFA has its version called the UEFA Nations League so this is not just uniquely a CONCACAF thing.

Lets face it, Trinidad and Tobago as stated previously have not had the best choices in friendlies in recent years.  Many casual fans were very optimistic when we played teams like Argentina and Uruguay but these things seem like a distant memory now.  The problems that exist are very well documented and perhaps this will shed some light on one of the positives to come out of the curent gloomy state of affairs.  Everyone has their opinions on how things are run and even CONCACAF itself and hopefully this tournament will be the first step in undoing years of damage and disappointment to fans of the game.  It is up to Trinidad & Tobago and the people responsible for our football to now to make the most of this opportunity, can it be done with honesty and integrity? we shall see.  Many people are already voicing their displeasure at certain aspects of this tournament calling it a “Cash grab” and “A useless tournament!” and you cannot argue that based on the past there is some precedence for such claims. The organization has not been the most honest and in many ways contributed to the way things are now but to just write the tournament off is also a very irresponsible thing to do.  Trinidad & Tobago have been given an opportunity and the forum to build it is up to us to now take advantage of it and make it work for our benefit.

Why the Concacaf Nations League is so important for Trinidad & Tobago!
Share Now