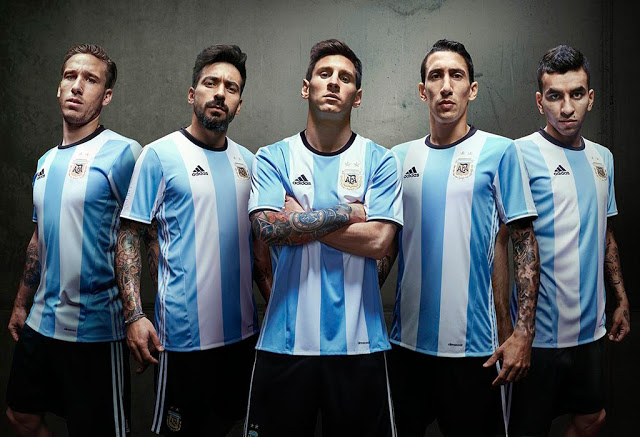 An area which is wrongfully addressed as one of weakness for Argentina is the central defenders.  Heading into the 2014 World Cup many recited the generic “Argentina has an abundance of talent in midfield and attack but their defence is questionable.”  If one simply looks at the World Cup 2014 and the Copa America it can be safe to conclude this is not the case.  With the likes of Ezequiel Garay, Nicholas Otamendi, Matteo Musacchio and Funes Mori on the initial list of 35, the Albiceleste definitely boasted an array of defenders to call upon and also, if required, Rojo and Mascherano can fall into these positions.  However, with Martino electing to drop Garay and Musacchio and to further compound the situation the injury to Rosario Central Javier Pinola definitely complicated things a bit. Pinola has now been replaced by Independiente’s Victor Cuesta in the squad. It looks as if Martino will most likely go with the pair of Otamendi and Funes Mori for the tournament: both players are without a doubt quality players but are prone to rash moments due to their uncompromising style. The presence of the experienced and calmer Garay would definitely have complimented the aforementioned characteristics.

Another area of concern for Argentina is the fullback positions. With experienced Zabaleta having been ruled out to injury which requires surgery questions have been raised over the replacements. Gabriel Mercado has stepped up admirably in recent qualifiers despite his lack of outright pace but in recent qualifiers he has also proven himself to be a very capable offensive threat. However, Fiorentina’s Facundo Rancoglia has been tried in the position before and has not really looked like a true replacement. Rancoglia can play both center back and wingback positions but has never really done enough to convince previous coach Sabella that he was the ideal man for the role. However, it can be argued his team was built tactically different and perhaps Martino’s system may benefit him. Rojo has held the position of left back most regularly and despite large amounts of scepticism he has always been solid.

The goalkeeping position has been a strange situation for Argentina since the 2014 qualification period. Many questioned the use of Sergio Romero who spent his time on the Monaco bench and many suspected the in-form Wilfredo Caballero would be used; this was not to be. Romero went on to have a very solid World Cup and despite a few shaky moments always came up big when called upon.  Sabella maintained that continuity was important.  It seems Martino has adopted the same approach during his tenure. Once again Romero is on the bench but this time for Manchester United and barring a last-minute change there is no reason to believe that he will be replaced as number one.

Martino favours the 4-3-3 formation and likes to play possession football with an emphasis on winning the ball high up the field and, based on the recent games, the likely starting lineup will be Higuain flanked by Messi and Di Maria, the midfield trio of Biglia, Mascherano and the in-form Banega, Otamendi Funes Mori flanked by Mercado and Rojo in defence and Sergio Romero in goal. It is very difficult to see any team going toe to toe with Argentina without being cut apart.  Teams will have to resort to sitting back and attempting to exploit the gaps left by the wing-backs.  Teams that apply pressure on Argentina have been known to cause them some difficulty if done correctly and requires sustained efforts for the 90 minutes. Chile did this in the last Copa America Final and came away with the trophy however, in qualifiers, despite the pressure put forth, the quality and efficiency of the Argentines would usually see them overcoming the Chileans and it is for this reason that applying pressure and trying to attack Argentina is a tricky prospect.