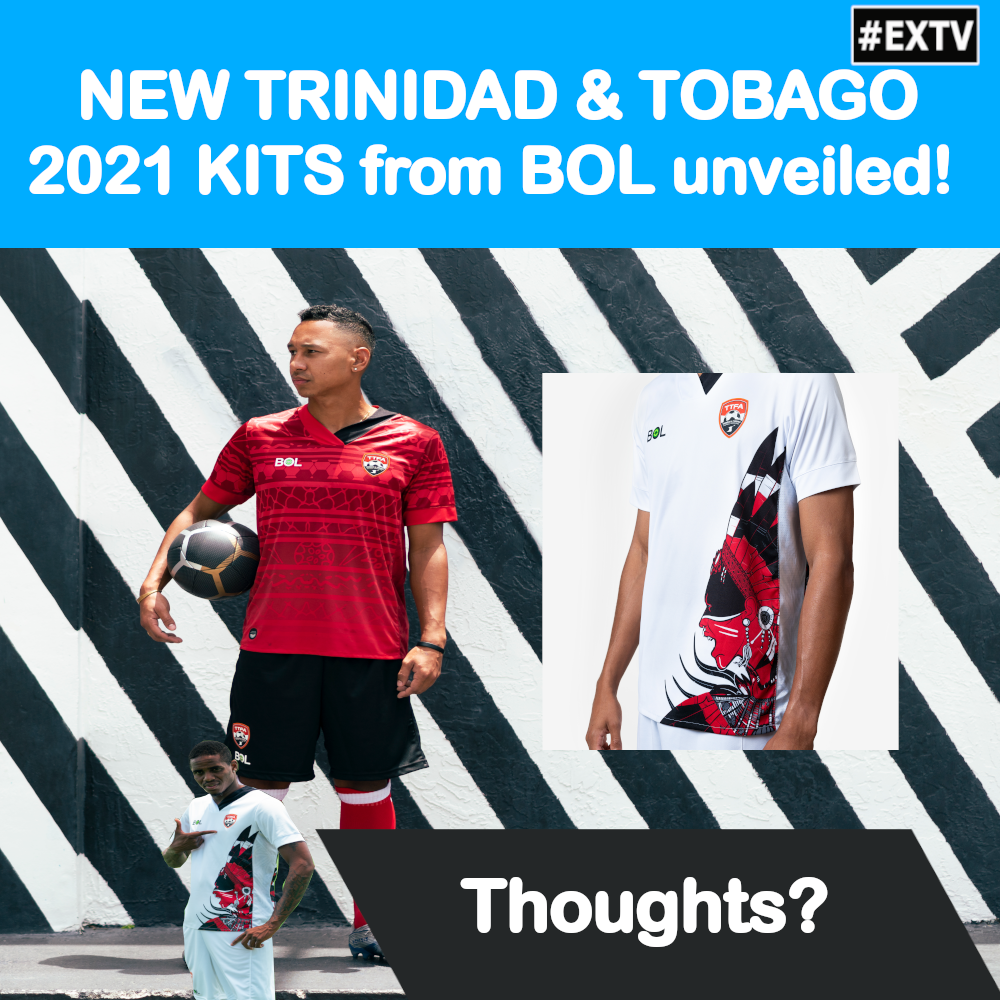 After the intial announcement several weeks ago many fans were curious about what the new Trinidad & Tobago national men’s football team uniform would look like and the wait is over, however the reactions based on social media comments have been very mixed. The new design according to the official release attempts to use a tribal design.

The apparel brand released new home and away jerseys featuring unique steelpan and tribal artwork that represents the beauty, strength and resilience that is the team’s heritage.

Stripes of the red home jersey combine elements of football with distinctive patterns of Trinbagonian ceramics and silhouettes of the steelpan, the national instrument. The native figure portrayed on the away jersey, also wearing a steelpan earring, represents how the team unites the country and its people abroad as a tribe.

“Our brand finds inspiration to create its products from the stories and culture of the teams that we partner with,” said Tiago Pinto, co-founder of BOL. “It is an honor to be able to translate the vibrant culture and compelling story of the National Team into a jersey that represents the Trinbagonian people.”

Robert Hadad, Chairman of the TTFA Normalisation Committee also stated that “This is not just another red jersey,” and further went to on to add “BOL is the brand that has captured the need for our team to fight back.”

The launch of the uniform was meant to inspire the team in its current crucial Concacaf World Cup qualifiers against the Bahamas and Saint Kitts & Nevis. Trinidad & Tobago enter these games with 4 points out of a possible 6 and with all the choas and mayhem that has plaqued the “Soca Warriors” in recent times it is hoped this will inspire the team. Terry Fenwick and his men must win these games to ensure they top the group to move on to the next round.

However while the new kit is exciting news for the national men’s football team, not everyone has been receptive to it and are taking aim at the price. Designs, preferences and choices are always subjective so time will tell if the new design will grow on the detractors or be the design that symbolized the turn around in Trinidad & Tobago’s football that many have long waited for and have not given up on.