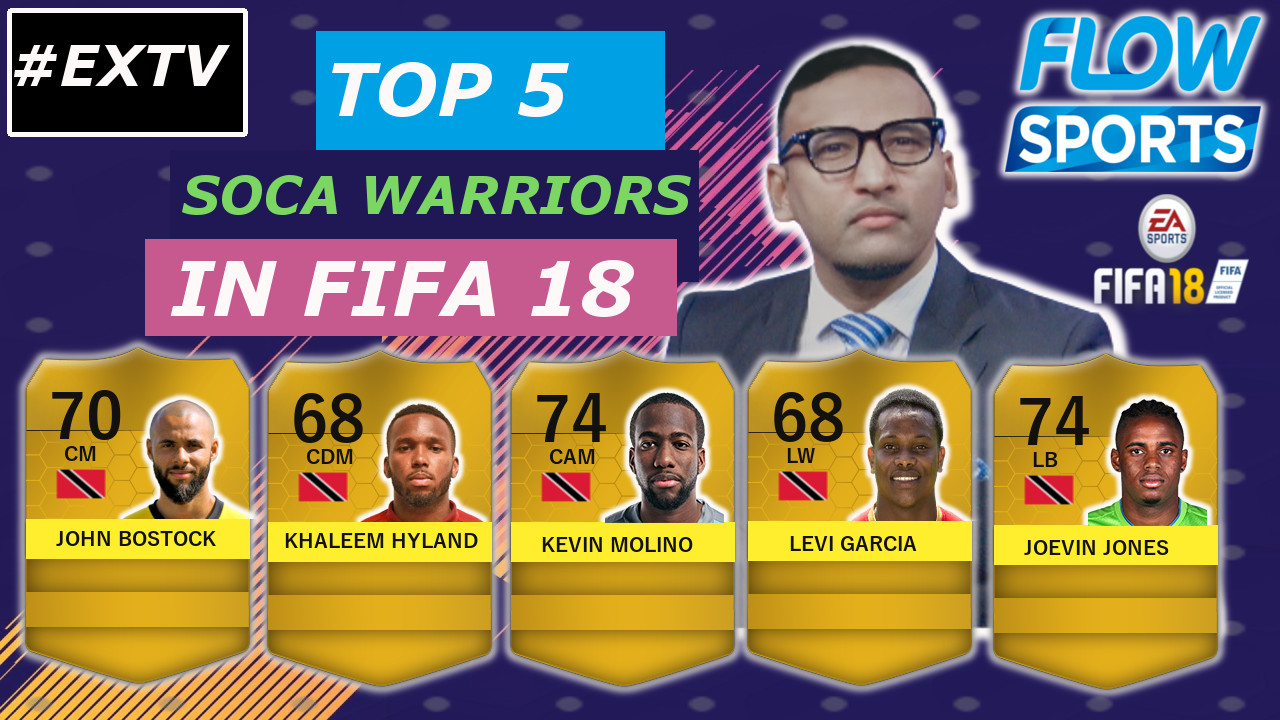 So with the release date of EASports FIFA 19 on the horizon, we at EXTV decided to have some fun.  Initially, I was going to do one for the Caribbean due to the large player pool and myself being a citizen of Trinidad & Tobago decided to start things off by finding the players from my country and rank them based on the player statistics assigned to them by the game.  In previous editions, there were many more Soca Warriors in the game but it seems that the number has dropped down significantly. Please note that the information in here is based on what is in the game itself and maybe not be up to date (Even with FIFA updates!). So with so many categories to break down we try to highlight the attributes that are most applicable. I could not possibly list all the categories and before I get messages about the numbers, please remember these are from the game itself and may have even changed since the last time I checked!

So let’s get into it! 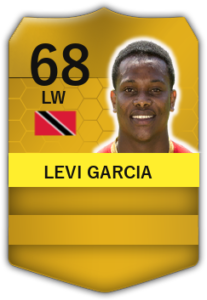 Up first is  Levi Garcia Who is a good friend of mines, his overall rating is 68 and is listed under Excelsior in the Dutch league, However he actually in Israel at the moment! (Come on FIFA UPDATES!) The very pacey winger who made a huge statement with his debut performance for Trinidad & Tobago in the 2018 World Cup qualifying campaign has some pretty good stats according to the game. His overall rating 68, Acceleration 83, Agility 79, Balance 80, Sprint speed 79, Ball control 71, Dribbling 75, Finishing is 50, however, his stamina shot power, strength is in 50’s and 40s which drops his overall Ranking!
Still not bad for the young man from the south in Trinidad & Tobago! 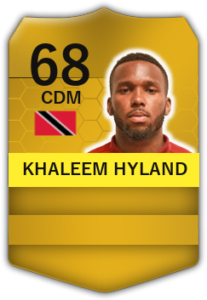 Khaleem’s overall rating in the game is 68 and based on his midfield and defensive characteristics it would make sense his is strong in these areas. Physical/Strength 85, Aggression 73, Interceptions 66, Dribbling 68, Finishing 49 (he is more of a defensive midfielder after all!) but his Shot power 80!  The midfielder who can slot into defence definitely can definitely be proud of some of these statistics. 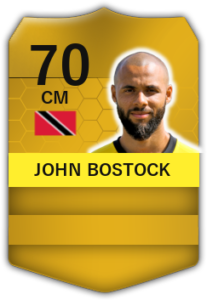 The former youth captain for England has not made an official appearance for Trinidad & Tobago but he is listed in the game.  He is eligible to play for the Soca Warriors but has not made it official for the vaguest and quite unbelievable reasons. Reports (and I’m not joking) is that his passport was and had recurring paperwork problems. Anyway, his overall rating is 70
Sprint speed 66, Strength 77. Dribbling 67, Interceptions 63. What really stands out are his shooting attributes, Shot power 75, Finishing 66, FK accuracy 72, Also stamina and strength are both 77. Not bad! 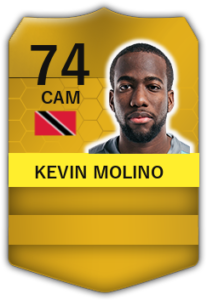 The Minnesota United man in the United States has an overall rating of 74 however his attacking attributes are very admirable! Agility 80,  Acceleration 77, Balance 77, Sprint speed 76, Stamina 77, Ball control 75, dribbling 78, finishing 72.
His defensive attributes like marking are 39 which drops his average down but it would make sense these attributes are strong because he is an attacking midfielder after all! 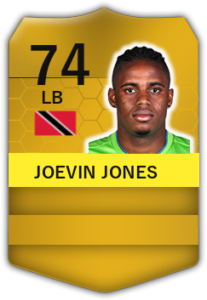 Joevin Jones who currently players at Darmstadt in Germany has an overall rating of 74. Now Jones is mostly known as a wing back but has also been used as an attacking winger as well for both club and country. Even though he has the same overall rating as Molino, I give him the top spot because the league he plays is arguably a more difficult one in my eyes, of course, you are most welcome to disagree. His attacking attributes are in the 70’s but his acceleration is a whopping 84! His Sprint speed 84, Stamina 85, Strength 68, Crossing 73, Curve 72, Dribbling 74. His attacking and defensive work rate will be looked at because he plays as both an outright winger and a wing back and In both cases, he is rated as medium.

So there it is! I can tell you this no matter where you are from I knew when I played FIFA  back in the 90’s, the first thing I searched for were players from my country! Yorke, Latapy, Anthony Rougier, Shaka Hislop just to name a few and hey let’s be real it gives you a certain sense of pride to see one of your own in such a massive franchise!

Check out the full video here brought to you by FlowSports and EXTV:

I’m sure you all agree! as stated before I initially planned to do the Caribbean players but I decided to go nation by nation instead, So I will definitely do a full Caribbean version next! So with that being said! Let me know your thoughts!  Also the figures, statistics and information here are from FIFA 18 the game itself are not entirely accurate to real-world facts (which it should be!)

Are these player ratings accurate? Which Caribbean country in the Caribbean should I highlight next!