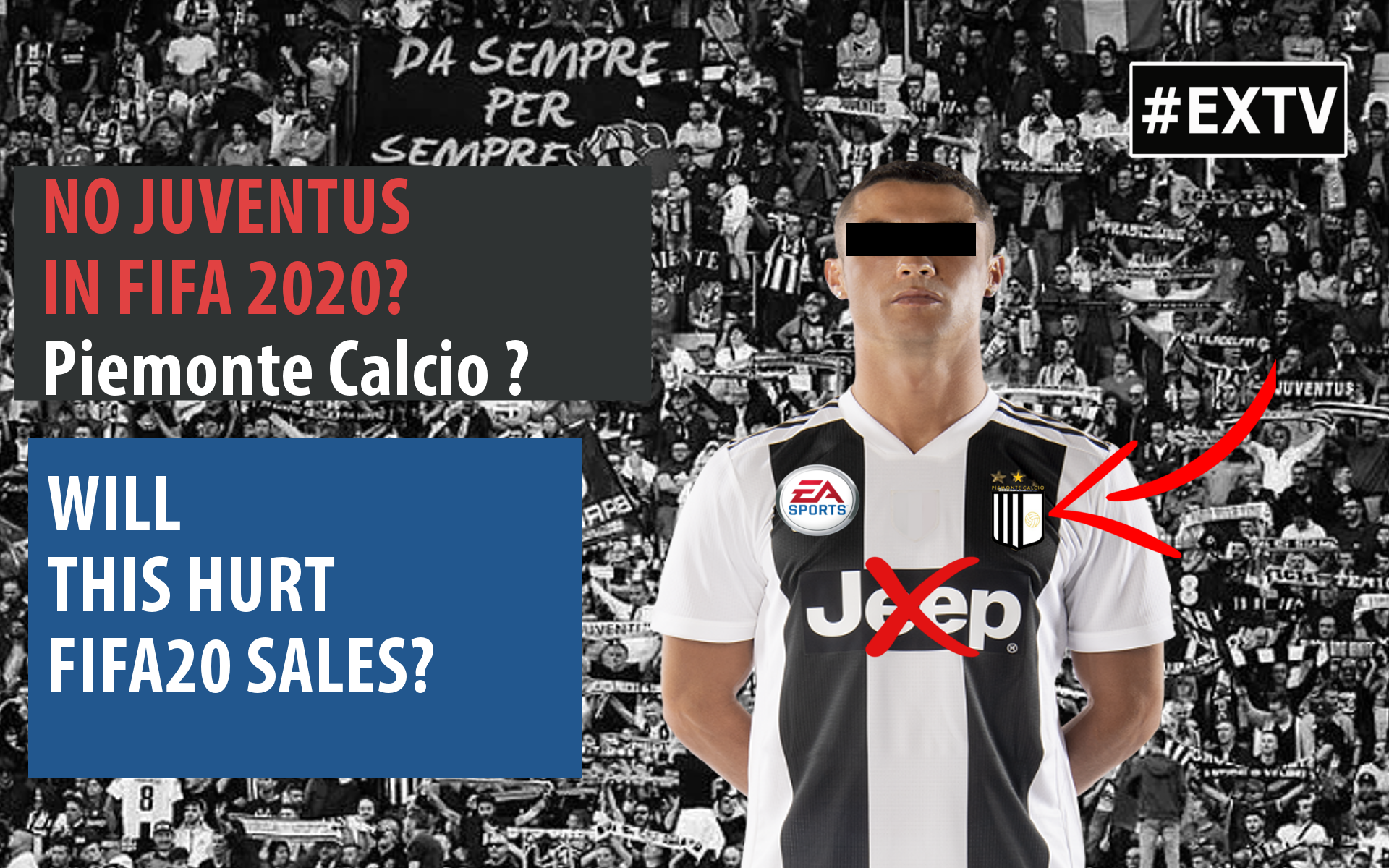 WILL YOU DROP FIFA 20 FOR PES2020 AFTER JUVENTUS DEPARTURE?

The FIFA franchise has grown astronomically over the years. While FIFA 19 has had some mixed reviews the sales of the game continue to soar. FIFA 20 will be released on September 2019, but many people were in shock to learn that Serie A Champions Juventus will not be in the game.

The team will be replaced by Piemonte Calcio and will have a generic crest and uniform. Many people are already asking if this is a power player by the games rival Pro Evolution Soccer who have been making some serious moves to acquire big-name teams and player rights. Cristiano Ronaldo who is a world superstar has had a rough relationship with the FIFA franchise, most recently with the alleged rape charges which resulted in him being removed from the cover of the FIFA19 edition of the game just so happens to be a Juventus player and it may have possibly played a part in this.

This is a massive blow to EA Sports but also gives a boost to Pro Evolution Soccer (PES) as they have arguably always been in the shadow of the FIFA game series. While the debate about which is the better game continues this will no doubt have some sort of effect on sales. It is being reported that EA’s value dropped by £660m as a result of this move.

Why the name Piemonte Calcio?

So many are asking how EA managed to use Piemonte Calcio as the name to replace the Italian giants. The name comes from the region of Italy that includes Turin and Calcio, the Italian word for football. Piemonte – sometimes known as Piedmont – is situated in north-west Italy, on the borders of Switzerland and France. The players will reportedly still have their stats as before based on their real-world performances. So while PES2020 will have the intellectual property the team is essentially still there.

According to EA even though the team logo, uniform and name will be different but the squad will remain the same and that will include the statistics of players. So if you are a fan of Juventus and don’t mind seeing your team play under a different name it should not be a problem. I do know that this may not go down well for fans of this team and will understandably be drawn to the franchise that has the rights to use the intellectual property.

It is difficult to say for sure now but we do suspect this will at least affect players who are fans of Juventus. Many people purchase the game so they can play with the team they love and with such a huge change it may affect the desire to buy the game. FIFA has history on its side and has been doing well in terms of sale but it is had some harsh criticisms this year and losing one of its headline teams will now help.  It goes without saying that the sales will be affected but to what extent remains to be seen.

So the verdict on how bad FIFA20 will be affected by this still remains unknown for now, but the signs seem to indicate that some players are expressing general disdain and cynicism towards the EA Sports franchise. Juventus are not the only team to make the jump, Argentine giants Boca Juniors has also made a similar move and I can personally testify that I loved playing the Argentine league and even though they are present in the form of “Buenos Aires” it did turn me off the game a bit but I still ended up buying FIFA 19.  So come September 2019 we shall see who the consumers choose. Will Juventus leaving make you and other consumers the jump to Pro Evolution Soccer 2020? We will find out soon enough.

Donate to us here