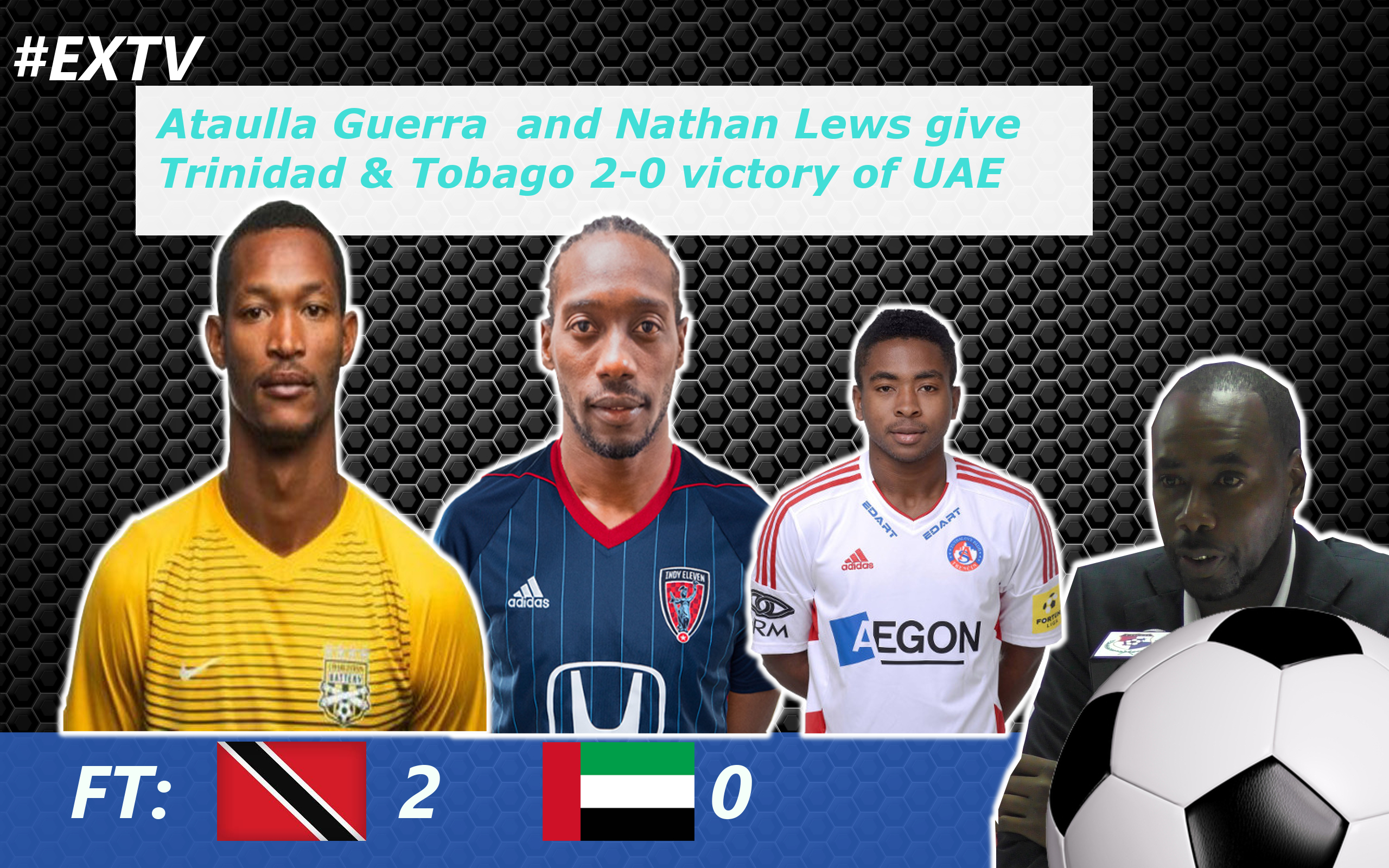 Ataulla Guerra and Nathan Lewis scored in each half to give Trinidad & Tobago a 2-0 result over the United Arab Emirates at the Estadi Municipal de Montilivi (Girona).  Atualla Guerra who is having a wonderful season at Charleston Battery opened the scoring in the 37th minute and Nathan Lewis who plays for Indy Eleven in the United States scored the second from a cross from Darmstadt winger Joevin Jones in the 58th minute.

Keston Julien who currently plays at AS Trenčín in the Slovak Super Liga also got some playing time and received positive remarks from head coach Lawrence “Keston did well when he came in, It was a difficult situation to come in leading 2-0 the opposition is pressing, but he did well!”  Denis Lawrence also stated in the post-match interview stated “I am really, really pleased for the boys. because everyone knew what we went through.”  he further stated that “I am pleased with the effort of all the boys, as I said before it’s been a difficult three days for us, we managed to find a way to do it and that is what I am asking for.”

These games will serve the “Soca Warriors” well as preparation for the CONCACAF Nations League next year, Trinidad & Tobago have qualified by virtue of being a part of the Hexagonal round in the last set of World Cup qualifiers.  The tournament was explained a bit more in the post titled “Why the Concacaf Nations League is so important for Trinidad &Tobago!” 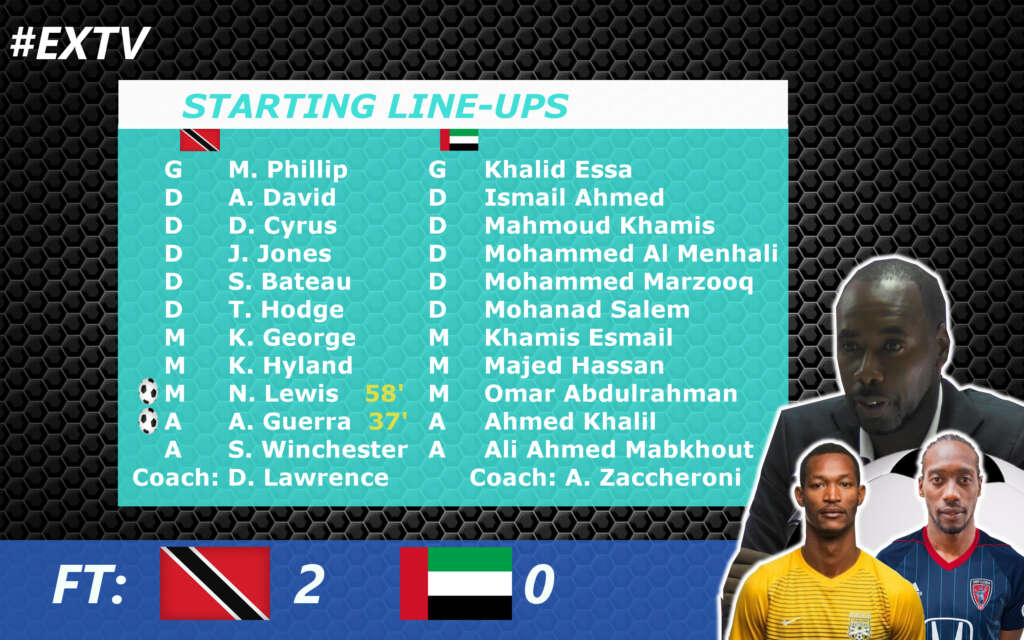